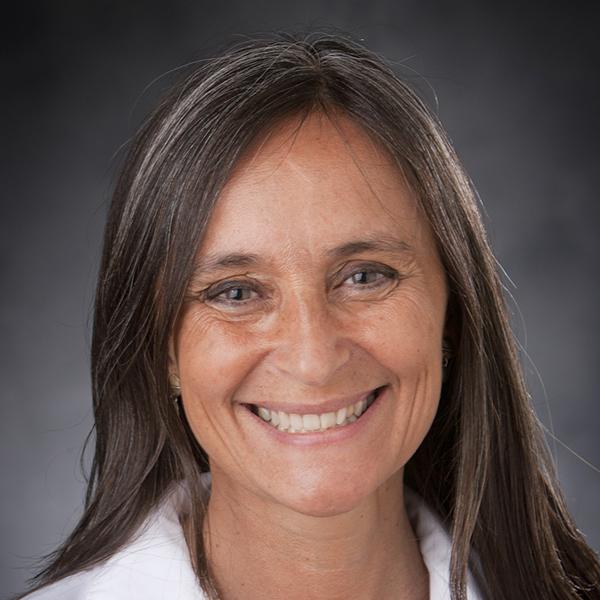 Viviana Martinez-Bianchi, M.D., FAAFP believes there are three components needed for progress toward achieving health equity: pursuing health equity, teaching health equity and health equity as a personal value. In her new role as director of health equity for the Department of Family Medicine and Community Health, she will have the opportunity to affect change in all these areas, at Duke and beyond.

Martinez-Bianchi’s passion for health equity and related policies stems from her teenage years. When she was 14 years old, the United Nations held the International Conference on Primary Health Care in Almaty, Kazakhstan, which resulted in the Declaration of Alma-Ata. This declaration identified health as an essential human right and promoted the importance of primary health care around the world. As a result, nations began to take action to improve their health care policies, marking a major milestone in global public health.

Back home in Argentina, Martinez-Bianchi was inspired. At the time, she was 14 years old, and her father, a vascular surgeon, was following the conference closely.

“He showed me the newspapers, and I remember him saying ‘Wow, Viviana, this is an amazing declaration,’” she says. “When I looked at that, I realized that this was the career I wanted. I wanted to be able to work at the global level improving health for everybody.”

However, Martinez-Bianchi recalls that there was not really a clear path to achieving such a career back then. Upon asking her father for advice, he said that the exact path “didn’t exist yet,” but that she would figure it out and find a career path that aligned with her passions, goals and personality.

In the decades since the Declaration of Alma-Ata, Martinez-Bianchi has forged a career path that has subsequently enabled her to achieve the goals she set for herself when she was 14. After attending the National University of Rosario Faculty of Medicine in Argentina, she came to the United States to train in family medicine. After completing her residency at the University of Iowa, she practiced in rural Iowa for five years before beginning her academic career at Duke. Within the Department of Family Medicine and Community Health, she served the Family Medicine Residency Program for 14 years, first as associate program director and then as program director. As she transitions out her role as program director, she will continue to be involved with the program in her new role.

Outside of Duke, Martinez-Bianchi has been active in the World Organization of Family Doctors (WONCA) for several years. She served as a member of the organization’s Organizational Equity Committee before being elected to the WONCA Executive Committee as a member at large in 2016, and re-elected in 2018. She was also named as a WONCA liaison to the World Health Organization, a role she has held since 2016. Later this year, Martinez-Bianchi will run for WONCA President. Nationally, she chaired the health equity team for Family Medicine for America’s Health, addressing family medicine’s capacity to improve health equity through collaboration, accountability and coalition-building.

Pursuing Health Equity in the Fight Against COVID-19

Locally, Martinez-Bianchi has collaborated on various initiatives to improve health equity in Durham and across the state of North Carolina, most recently in response to COVID-19. Martinez-Bianchi is a founding member and co-director of LATIN-19 (Latinx Advocacy Team and Interdisciplinary Network for COVID-19), together with Duke pediatrician Gabriela Maradiaga Panayotti, M.D. Created in March 2020 to advocate and bring awareness of the needs of the LatinX community in North Carolina during the COVID-19 crisis, LATIN-19’s work has led to multiple media segments in Spanish, PSAs and improved Spanish messaging from local public health departments and government, and most importantly, the creation of a broad coalition to improve health.

Martinez-Bianchi says that COVID-19 has highlighted old and long-lasting inequities deeply rooted in the United States, and she hopes the country will never go back to the “old normal.”

“An illness in the community requires a response in the community, and an investment in the upstream causes of poor health,” she says. “We, who work in health systems, need to recognize many people work on the frontline--not just health care workers--and must engage communities to prevent and decrease the severe effects that COVID-19 can have on vulnerable populations. This is our opportunity to make a big difference.”

Martinez-Bianchi also serves on the North Carolina DHHS Task Force on Historically Marginalized Populations, the Durham Recovery and Renewal Task Force’s Immigrant and Refugee Roundtable, and the Durham Health Department’s Latino Health Roundtable. She has served as a member of the Inclusion Council in the Duke University School of Medicine Office of Diversity & Inclusion for many years, and served on Duke’s Academic Council Steering Committee Taskforce on Diversity from 2014 to 2015.